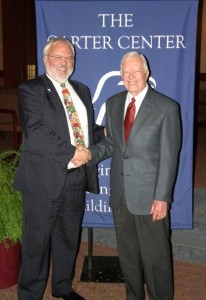 Senior Advisor for the Youth Program

Favorite quote: “War, and the preparation of war, are the two greatest obstacles to human progress. The poor of the world ate crying out for schools and doctors, not guns and generals.” – Oscar Arias Sanchez