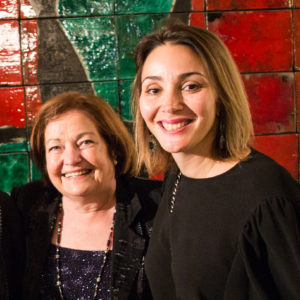 Ms. Ekaterina Tolkunova serves as the Media Team Coordinator for the World Summit of Nobel Peace Laureates. In this role, Ms. Tolkunova works with the international press on all things related to the Nobel Peace Summit. Ms. Tolkunova started her media career in 1993, while at her university, as a correspondent for the Izvestia newspaper, one of the oldest and most widely circulated Russian dailies. After completing her degree, Ms. Tolkunova took the position of Senior Specialist in the press service of the Council of the Russian Federation, later joining the Burson-Marsteller’s Moscow office as a Client Executive managing accounts of VISA International and Yukos. From 2000-2003 she headed the public relations department at Alcatel and in late 2003, she joined TRUST banking group as its Marketing Director. In August 2005, Ms. Tolkunova founded Intelligence, a public relations agency.

Favorite quote: “Non violence is the weapon of the strong”. – Betty Williams