Partners and Supporters of the Summit

The Gorbachev Foundation attaches particular importance to humanitarian and charitable projects. In particular, the Foundation’s main emphasis has been on children’s health. With direct financial support from the Foundation and its partners, the first Bone Marrow Transplantation Center for children with leukemia was established in Moscow, with several other similar centers in other regions of Russia. Raising funds to finance the construction of Raisa Gorbachev Center for Children’s Hematology and Marrow Transplantation in St. Petersburg has been the top priority in the Foundation’s charitable activities since 2002.

The Lech Walesa Institute Foundation is an apolitical non-profit, non-governmental organization founded by President Lech Wałęsa in December 1995 as the first such institution in Poland. It focuses on the following goals: to record the life and activity of Lech Wałęsa, to promote a positive image of Poland and the Poles abroad, to protect national heritage, the tradition of independence and solidarity, to advocate clear and transparent rules in politics and public activity, to protect human rights and support democracy process in societies, to promote dialogue between different cultures and different religions and to support young people in acquiring the highest possible education.

The Yunus Centre, situated in Dhaka, Bangladesh is a hub for social  >> business. It promotes  Nobel Peace Laureate Professor Muhammad Yunus’philosophy and work, with a special focus on social business which is  >> a non-loss, non-dividend Company dedicated entirely to achieve a social goal. The activities of Yunus Centre include campaigning for a  >> poverty-free world, disseminating the ideas and philosophy of Prof. Yunus on social business and acting as the primary source of information on social businesses worldwide. It also helps to provide technical and  consulting services to start-ups. In addition, organizes workshops, undertakes research, produces publications and also helps in developing curricula for classes on social business.

The Peace People began in 1976 as a protest movement against the ongoing violence in Northern Ireland. Its three founders were: Mairead Corrigan, (now Mairead Corrigan Maguire), Betty Williams and Ciaran McKeown.  Since its inception the organization has been committed to building a just and peaceful society through nonviolent means – a society based on respect for each individual and that has at its core the highest standards of human and civil rights.

THE CITY OF PEACE FOR CHILDREN OF THE WORLD

In the past few years the Permanent Secretariat of the World Summit of Nobel Peace Laureates has supported and continues to support the activities of the World Centers of Compassion for Children International organisation promoted by Nobel Laureate Betty Williams. In November 2003, in a big popular event, citizens of the Basilicata Region asked the Italian government to stop the installation of a European nuclear waste storage site at Terzo Cavone in the municipality of Scanzano Jonico. Betty Williams, present in Basilicata during the days of protest, asked that land to be used to build the first “City of Peace for the children of the world”. After just 30 days the Region allocated a fund of its Budget for 2004 for a feasibility study for the project. On 30 January 2007, during a visit by Betty Williams to Basilicata, the President of the region Vito De Filippo announced the creation of a seat, at Sant’Arcangelo in Val D’Agri, of the World Centers of Compassion for Children International, dedicated to training. In the following month of July the feasibility study for the actual construction of the City of Peace was completed, and in November 2007 the Basilicata Regional Council agreed to allocate a figure of 4.4 million euro for the startup.

In 1947, the American Friends Service Committee (AFSC) was a co-recipient of the Nobel Peace Prize on behalf of all Quakers for their work “…from the nameless to the nameless….” AFSC is a Quaker organization that includes people of various faiths who are committed to social justice, peace and humanitarian service. Their work is based on the principles of the Religious Society of Friends, the belief in the worth of every person and faith in the power of love to overcome violence and injustice. The American Friends Service Committee has more than nine decades of experience building peace in communities worldwide. Founded in the crucible of World War I by Quakers who aimed to serve both humanity and country while being faithful to their commitment to nonviolence, AFSC has worked throughout the world in conflict zones, areas affected by natural disasters and in oppressed communities to address the root causes of war and violence.

INTERNATIONAL PHYSICIANS FOR THE PREVENTION OF NUCLEAR WAR

International Physicians for the Prevention of Nuclear War (IPPNW) received the Nobel Peace Prize in 1985 for performing a con- siderable service to mankind by spreading authoritative information and creating an awareness of the cata- strophic consequences of atomic warfare. IPPNW is a nonpartisan federation of national medical groups in 63 countries. The federa- tion represents tens of thousands of doctors, medical students, health workers and concerned citizens who share the common goal of creating a more peaceful and secure world freed from the threat of nuclear annihilation.

The International Peace Bureau (IPB) was awarded the Nobel Peace Prize in 1910. IPB was founded in 1891 and is dedicated to the vision of a World Without War. Its 300 member organizations located in 70 countries, as well as individual members, bring together expertise and campaigning experience in a common peacekeeping cause. Currently, its main program centers on Sustainable Disarmament for Sustainable Development. IPB has had Consultative Status with the Economic and Social Council since the 1970s as well as associate status with the Department of Public Information and United Nations Educational, Scientific and Cultural Organization (UNESCO).

The Albert Schweitzer Institute was founded in 1984 as the Albert Schweitzer Memorial foundation and affiliated with Quinnipiac University in 2002. This affiliation has allowed the institute to sponsor several programs that not only carry on but invigorate Schweitzer’s humanitarian legacy. The institute is a non-governmental organization in consultative status with the Economic and Social Council (ECOSOC) of the United Nations. The Albert Schweitzer Institute is committed to introducing Schweitzer’s philosophy of “reverence for life” to a broad audience in order to bring about a more civil and ethical human society characterized by respect, responsibility, compassion and service. The institute endeavors to keep his work and philosophies alive for people throughout the world and for future generations who strive to serve humanity and alleviate suffering. We’ve introduced students to volunteer opportunities in the local area, sent students on international trips to assist the needy, and brought inspiring world leaders to campus to speak on current issues. Current projects of the institute continue to be inspired by Schweitzer, and its programs are multiplying as interest is generated among students, faculty, staff and the surrounding community. Most importantly, Quinnipiac University’s commitment to international understanding and community service enables the institute to fulfill its vital mission of encouraging young adults to expand their horizons to a global perspective in the areas of humanitarian values, health care and peace. 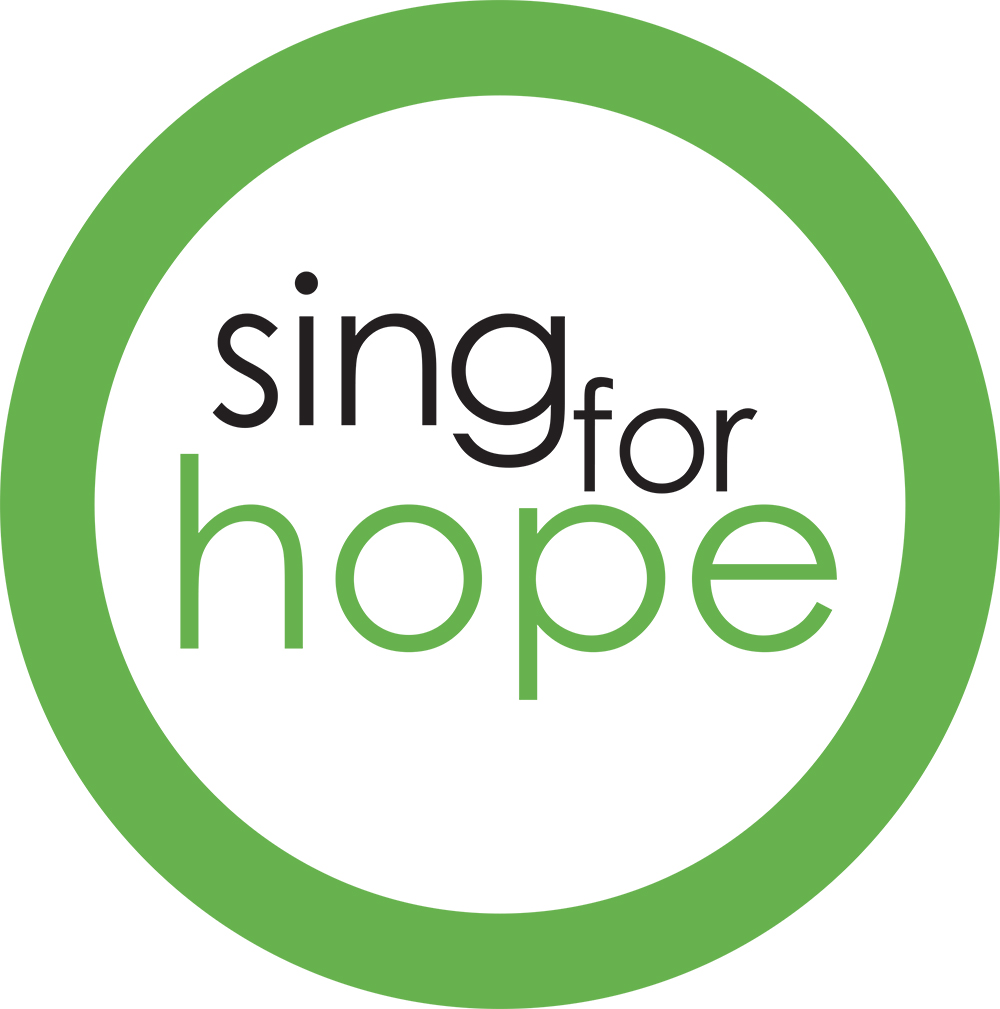 Sing for Hope harnesses the power of the arts to create a better world. Through dynamic education, healthcare, and global initiatives, Sing for Hope activates creativity in schools, hospitals, refugee camps, and public spaces for millions of people worldwide. Founded in New York City in 2006, Sing for Hope partners with hundreds of community-based organizations, mobilizes thousands of artists in creative service, and has placed 500+ artist-created Sing for Hope Pianos in public spaces for everyone to enjoy. We champion art for all because we believe the arts have an unmatched capacity to uplift, unite, and heal. Learn more at www.singforhope.org

LM Latinamerica Meetings is a communication platform specialized in the Meetings Industry with 20 years of successful career. During this time LM has been working to help in the professionalization and the link to more sustainable and responsable industry. LM is part of a group that includes a Organization Area with its World Meetings Forum platform and also a social commitment  through the World Meetings Forum Foundation helping the inclusion of persons with disabilities for the Meetings Industry.” www.meetlam.com