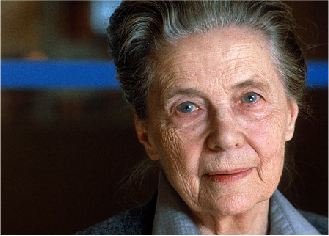 Alva Myrdal (1902-1986) of Sweden and Alfonso Garcia Robles (1911-1991) of Mexico. They were awarded the Peace Nobel Prize for their work towards international disarmament.

Alva Myrdal was a Swedish social scientist and politician. She was a high-ranking member of the Swedish Social Democratic Worker’s Party. In 1943, she joined the party’s committee appointed with the task of developing a programme for the post-war years.

In 1962, she was sent as the Swedish delegate to the international disarmament conference in Geneva (a role she kept until 1973), and in the years 1966—1973 she was also the Minister for Disarmament. She contributed to founding the Stockholm International Peace Research institute (SIPRI).