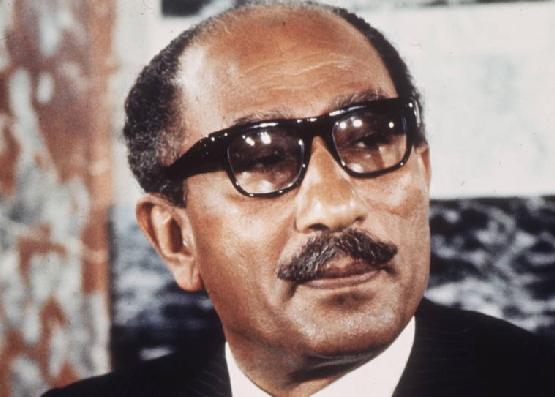 Anwar al-Sadat in 1952 took part in a coup d’état which led to the overthrow of King Farouk I. For the next couple of years he held various posts in the Egyptian parliament. In 1969, he was appointed Vice President and a year later, following the death of President Gamal Abdel Nasser, he became the President of Egypt.

In 1973, together with Syria, he declared war on Israel in an attempt to reclaim the portion of the Sinai Peninsula captured by Israel in the Six-Day War.

In November 1977, as the first Arab leader he paid an official visit to Israel at the invitation of the Israeli Prime Minister Menachem Begin, which soon resulted in signing the Camp David Accords. The same year, Sadat was named Time Magazine’s Man of the Year.

Radical Islamist organisations which believed that force was the only argument in relations with Israel opposed the principles of the Peace Treaty under which Egypt was prohibited from using force. In September 1981, repressions against Islamists and arrests ensued. On 6 October, Sadat was assassinated by members of a radical Islamist organisation Egyptian Islamic Jihad (El-Jihad) which opposed the peace negotiations with Israel and the September repressions.