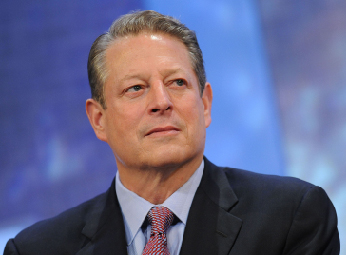 Al Gore and IPCC were awarded for disseminating knowledge on climate change and laying the foundations for counteracting such change.

Al Gore, a professional journalist and author of several books, was for many years active on the political stage of the United States. He was a long-term Democratic member of the US Congress. He served as the 45th Vice President of the United States and was the Democratic Party candidate in the 2000 presidential election.

He has become known principally as an environmental defender. Gore won global recognition with his 2006 book and the documentary titled “An Inconvenient Truth”, in which he personally appeared, warning the viewers against dangers arising from the man-made global warming. The film, based on Gore’s original script, won the 2007 Academy Award for Best Documentary Feature.

Mr Gore also organised a global series of big concerts called “Live Earth” to promote the fight against global warming. The concerts, featuring some of the world’s biggest artists, took place on all continents from Antarctica and Australia through Asia, both Americas, Africa to Europe.