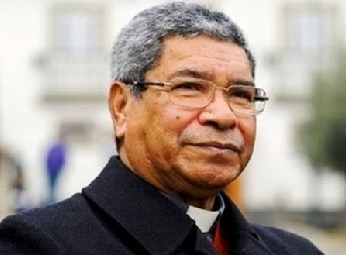 Bishop Carlos Filipe Ximenes Belo (born in 1948) and Josè Ramos-Horta (1949), leaders of the peaceful struggle for the self-determination of East Timor. the laureates were awarded for their work towards a just and peaceful solution to the conflict in East Timor. East Timor, a former portuguese colony, had been occupied by Indonesia until 1999. the country was later administered by the UN, ultimately to regain independence in 2002.

Shortly after being appointed the Apostolic Administrator of Dili, the capital of East Timor, in 1983, Carlos Filipe Ximenes Belo denounced the brutal Indonesian occupation of the province. He was consecrated a Bishop in 1988.

Despite numerous threats to his life, Bishop Belo continued to speak up for non-violent resistance to the oppression. In 1989, he requested that the UN arrange a plebiscite on the future of East Timor and demanded assistance for its people.

After the 1991 Dili massacre, he helped to smuggle two witnesses to Geneva, where they described the atrocities committed against city’s population to the United Nations Commission on Human Rights.