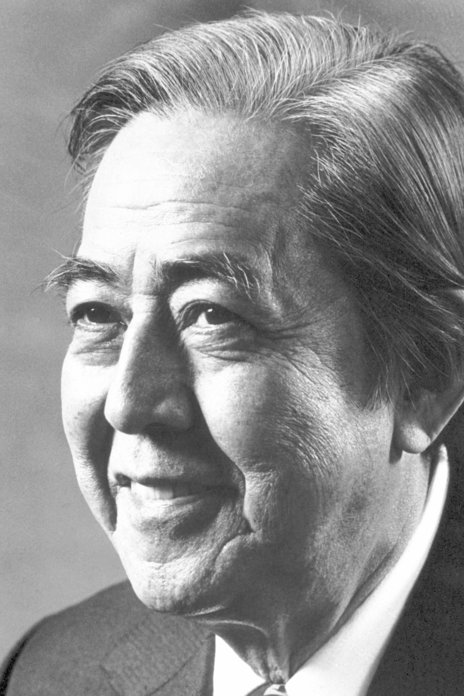 Eisaku Sato (1901–1975), the longest serving Prime Minister of Japan (1964–1972), one of the fathers of Japan’s economic power after world war II; signed the treaty on the non-proliferation of nuclear weapons on behalf of the Japanese people; the first asian to receive the nobel prize; and Sean Macbride (1904–1988), an Irish politician and statesman, co-founder and chairman of amnesty international, advocate of disarmament and arms control.

Eisaku Sato held various government posts in 1950s and 1960s, including those of the Minister of Postal Services and Telecommunications, the Minister of Finance, and the Minister of International Trade and Industry. He was instrumental in signing the Treaty on Basic Relations between Japan and the Republic of Korea and in establishing diplomatic relations with South Korea. He also sought to foster friendly relations and improve trade with other countries in the region. He contributed to peaceful return of Okinawa and Ogasawara Islands to Japan by the United States and the improvement in relations with China (diplomatic ties established as late as 1972).

He was awarded the Nobel Peace Prize for his foreign policy of peace, for preventing Japan from lapsing back into nationalism and militarism, and for holding true to the post-war, pacifist Constitution as well as for his contribution to the efforts for non-proliferation of nuclear weapons.

Sato donated half his prize to the United Nations University in Tokyo, an international academic and research centre.