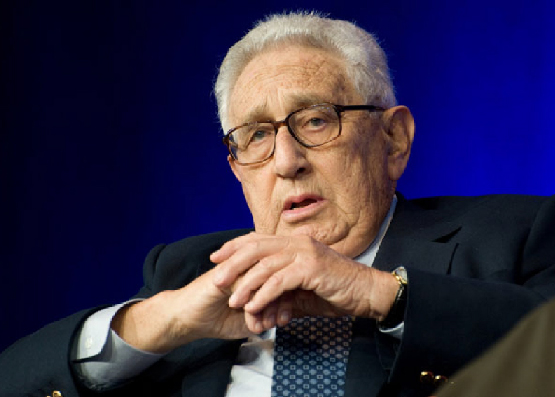 Le Duc Tho, born Phan Dinh Khai (1911–1990) – Vietnamese general, revolutionist, diplomat and politician, and Henry Alfred Kissinger (born 1923), security advisor, and then secretary of state in administrations of two american presidents: Richard Nixon and Gerald Ford – both honoured for their efforts aimed at ending the Vietnam war. Tho declined the prize.

Kissinger is an American writer, political scientist, diplomat and businessman of German-Jewish background. He played a crucial role in Washington’s foreign policy, succeeded in establishing official relations between the United States and China which shifted the global balance of power in Cold War years and made possible the policy of détente.

In 2002, he was appointed chairman of the National Commission on Terrorist Attacks Upon the United States to investigate the September 11 attacks; in 2006, Pope Benedict XVI asked him to become his advisor on foreign affairs.

Kissinger is an influential expert on foreign policy and China.

He wrote numerous highly regarded books, including his monumental work “Diplomacy”, “On China” and “Crisis. The Anatomy of Two Major Foreign Policy Crises”.