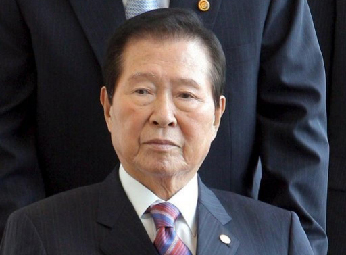 Kim Dae-Jung (1925-2009), South Korean politician, President of the Republic of Korea from 1998-2003. President Dae-jung was awarded the Nobel Peace Prize for his work for democracy and human rights, and in particular for reconciliation with North Korea.

While living in exile in Japan and the US, Kim Dae-jung organised opposition against then South Korea’s dictator Park Chung-hee in the early 1970s. Many times imprisoned, he was sentenced to death, kidnapped, tortured and exiled from his home country. Despite his experiences, he continued to promote the idea of reconciliation and forgiveness.

In the period from 1998-2008, he implemented the so-called Sunshine Policy towards North Korea which aimed at intensifying contacts between both Korean states, formally remaining in the state of war since 1953.

Called “the Asian Nelson Mandela”, in 2000 he managed to organise the first summit of the leaders of North and South Korea, meeting the North Korean leader Kim Jong-il in Pyongyang.