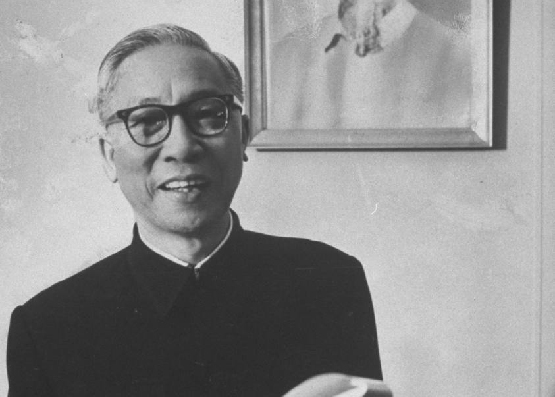 Le Duc Tho, born Phan Dinh Khai (1911–1990) – Vietnamese general, revolutionist, diplomat and politician, and Henry Alfred Kissinger (born 1923), security advisor, and then secretary of state in administrations of two american presidents: Richard Nixon and Gerald Ford – both honoured for their efforts aimed at ending the Vietnam war. Tho declined the prize.

Le Duc Tho – co-founder of the Indochinese Communist Party and one of the leaders of the Vietnamese independence movement Viet Minh fighting for the release of Vietnam from the French control. Twice imprisoned by French colonial authorities. In the years 1955–86, member of the Politburo of the Vietnam Workers’ Party. One of the leaders of Viet Cong (Communist guerilla fighters) which clashed with South Vietnam at the end of 1950s.

Lec Duc Tho refused to accept the prize together with Kissinger whom he termed the “destroyer of Vietnam”.

The Paris Peace Accords marking the end of Vietnam War were signed on 27 January 1973 by ministers of foreign affairs of the Democratic Republic of Vietnam, the Provisional Revolutionary Government of the Republic of South Vietnam, the Saigon Government and the United States. However, soon after the agreement was signed, the armed conflict in Vietnam broke out again.

Since 1975, Le Duc Tho oversaw the offensive of North Vietnamese troops which led to the fall of the South Vietnamese government following which the communists seized power throughout the country.