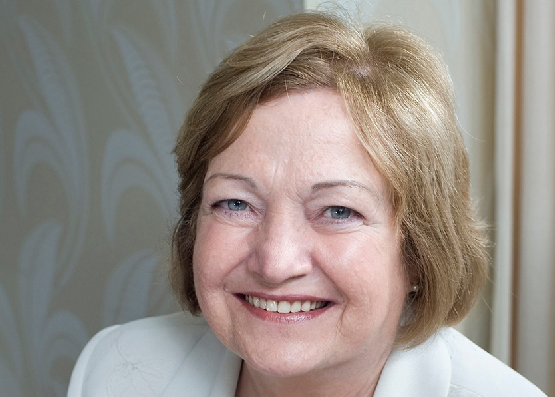 Williams and Corrigan received the Prize in 1977 because during the process of selecting candidates for the previous year, the Norwegian Nobel Committee decided that no candidate met the criteria formulated in Alfred Nobel’s last will. In such cases the Prize is withheld until next year.

Corrigan was born in Belfast. She worked at various posts as a shorthand typist since the age of 16; when founding the Northern Ireland Peace Movement, she worked as a secretary to the director of Guinness brewery. She did voluntary work for Catholic organisations, helped establish children’s clubs for disabled children and teenagers and groups of small children.

She received, among other distinctions, the Carl von Ossietzky Medal for Courage. In 1981 she married her brother-in-law Jack Maguire who lost her wife a year earlier. She continued to contribute to the activities of the Community of Peace People, for example by organising summer camps for Catholic and Protestant young people from Northern Ireland. She is a co-founder of the Committee on the Administration of Justice involved in human rights protection.