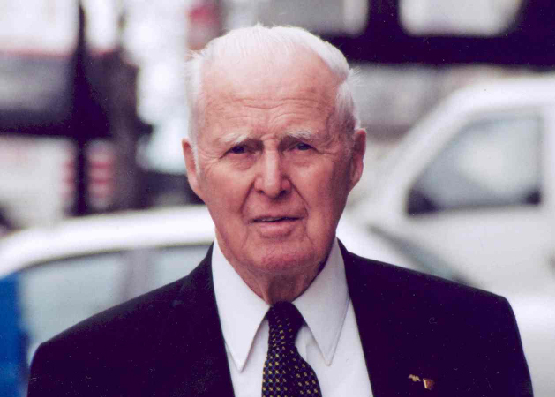 Norman E. Borlaug (1914–2009), American agronomist who initiated the “green revolution” in India. Born at a farm in Iowa, studied forestry and plant pathology at the University of Minnesota; received his phd in 1942.

Later, he carried out microbiological research on agricultural bacteriocides, fungicides, and preservatives at the laboratories founded by DuPont, one of the biggest chemical concerns in the world. He supervised the research on wheat and its production in Mexico as part of a joint enterprise of the Mexican government and the Rockefeller Foundation. After 20 years, while working at the International Maize and Wheat Improvement Center (CIMMYT), he managed to breed a short-stalked (“dwarf”), high-yielding wheat variety resistant to disease and climate conditions.

In 1960s, in response to alarmist global overpopulation and hunger prognoses, Borlaug integrated a practical humanitarian objective into his work: the implementation of new varieties in mass-scale production to achieve, in his own words, “a temporary success in man’s war with hunger and deprivation”.

The incredibly fast increase in wheat yields, achieved thanks to his research undertaken in 1960s, helped to tame the threat of hunger in India, Pakistan and other parts of Asia, Africa and South America. The global crop production increased over twofold. In the second half of 1970s, India was no longer forced to import grain.

As it turned out later, at the early stage of the project an environmental disaster could well have occurred due to cutting down large stretches of forests to clear the land for the needs of high-efficiency agriculture. In the dry Punjab province, heavy irrigation, necessary for growing high-yielding crops, together with the application of pesticides and excessive fertilisation, resulted in lowering the level of groundwater, salinisation of fertile soil and huge increase in production costs which in turn brought about severe social stratification in the countryside; many farmers committed suicide, often by drinking pesticides. There may have been even 40–60,000 such suicides in the region in the years 1988–2006, according to the estimates of some organisations.

Borlaug was also involved in the works on breeding the hybrid of wheat and rye (so-called triticale). In the end, the mission was accomplished by a Polish agronomist, Tadeusz Wolski.