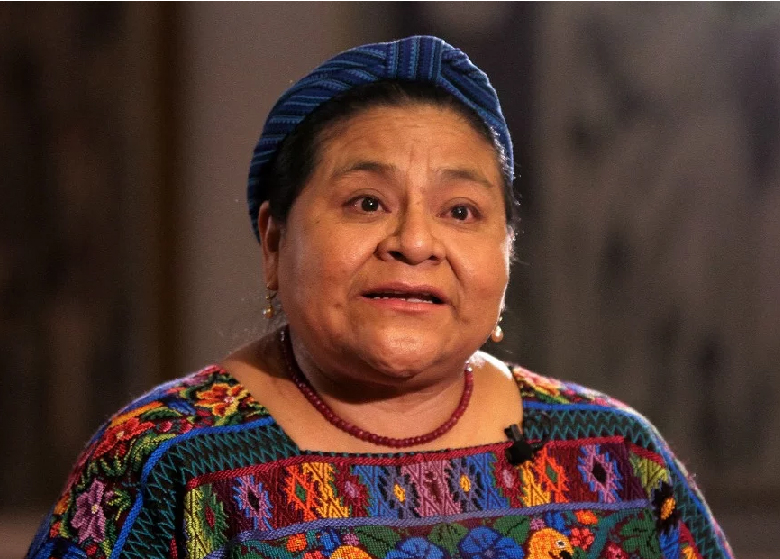 She was awarded the Nobel Peace Prize in recognition of her work for social justice and ethno-cultural reconciliation based on respect for the rights of indigenous peoples.

Rigoberta Menchu Tum was born to an indigenous Indian family of the Quiche branch of the Mayan culture. Already as a teenager she became involved in social reforms through the Catholic Church. She worked, among other things, to improve the situation of farm workers. She was also active in the women’s rights movement.

Within a short period of time, Ms Menchu lost her closest family: her brother, father (a member of a left rebel group), and her mother, who died from the hands of pro-government militia squads. In 1981 she, herself, was forced to flee to Mexico. There, she organised a resistance movement against oppression in Guatemala and led the struggle for Indian peasant peoples’ rights.

She told her story to anthropologist Elisabeth Burgos Debray. The resulting book, an autobiography entitled I Rigoberta Menchú, was published in 1983. Some reviewers challenged the veracity of the book.