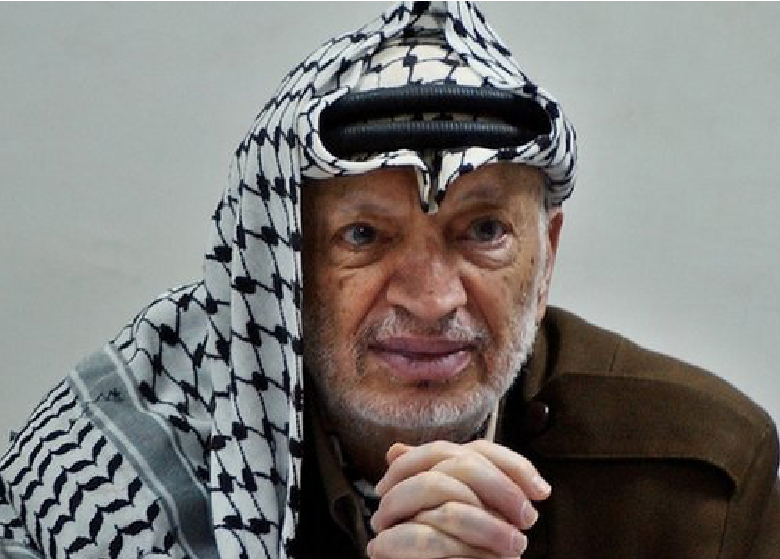 Yasser Arafat studied civil engineering in Cairo. He was a student leader in the then Egypt-governed Gaza area. During the Second Arab-Israeli War in 1956, Yasser Arafat fought against Israel as an officer and explosives expert in the Egyptian army.

A founder of the Palestinian Fatah and the head of the organisation’s armed branch, in 1965 he became Fatah’s leader. In 1969, Mr Arafat took the helm of the Palestine Liberation Organisation (PLO), originally based in Jordan. He led the fight against Israel, resorting to terrorist methods in the process. In 1974 the PLO acquired the status of an observer at the UN.

In 1988, during the first intifada, or the Palestinian uprising, Arafat proclaimed the independent State of Palestine and was elected president of this yet non-existing country. In the same year he gave a speech at a special UN session in Geneva declaring that the PLO renounced terrorism and supporting “the right of all parties concerned in the Middle East conflict to live in peace and security”.

The declaration led to peace talks with Israel and, ultimately, the signing of the Oslo Accords in 1993. The agreement created the Palestinian National Authority, later led by Arafat as President (1996). However, the peace process collapsed, with the second intifada breaking out in 2000.