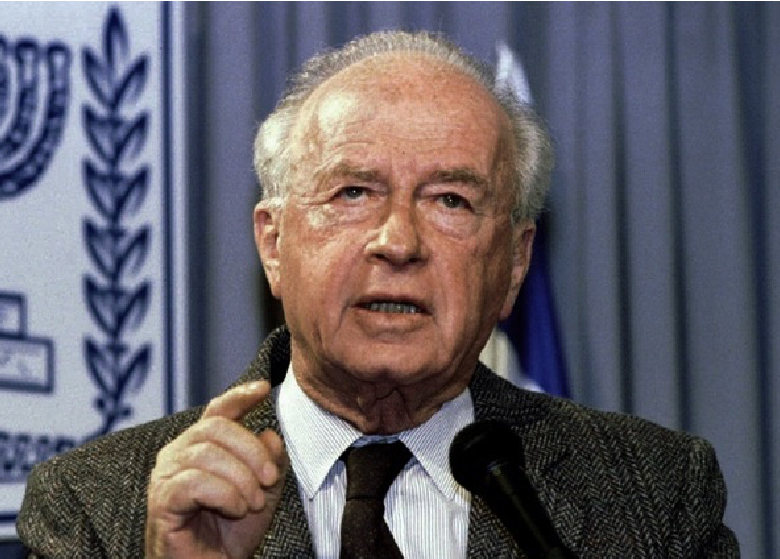 Yitzhak Rabin was Chief of Staff of the Israel Defence Forces in the period 1964-1968 and commanded the country’s military during the Six-Day War. He twice served as Prime Minister (1974-1977 and 1992-1995). Yitzhak Rabin was murdered by a Jewish extremist who opposed concessions to the Palestinians.

Having decided to retire from active military duty, Mr Rabin was appointed Israel’s Ambassador to the US. He came back to Israel to become a member of the Labour Party, later nominated Prime Minister. He was Minister of Defence in the National Unity Government, 1984-1990. Yitzhak Rabin coordinated withdrawal of Israeli forces from Lebanon. He decisively responded to the outbreak of the first intifada.

In 1992, after the Labour victory in the parliamentary election, he once more served as Prime Minister. As the head of the government, Yitzhak Rabin initiated peace talks with Syria and the Palestinians. The Oslo Accords, signed in 1993 and supplemented two years later, provided a basis for the creation of the Palestinian Authority (later renamed into the Palestinian National Authority) at the Gaza Strip, subsequently extended to the West Bank of Jordan.