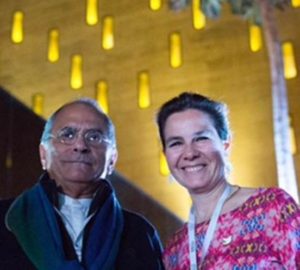 Sónia Neto is an adviser in the Foreign Affairs Team at the European Political Strategy Centre (EPSC), the in-house think tank of the European Commission, which reports directly to the President. Previously, she was adviser in the European Commission President Barroso’s Bureau of European Policy Advisers and served, with the support of the EU, as Senior Political Adviser to the Special Representative of the Secretary- General for East Timor and Under Secretary-General of the United Nations, Dr. Atul Khare.
Between 2001 and 2006 she was Chief of Staff to the State Minister and Minister of Foreign Affairs of East Timor, Dr. José Ramos-Horta, Nobel Peace Laureate.
In 2009, Sónia Neto was awarded the Medal of Merit by President Ramos-Horta, for her professionalism and dedication to the East Timorese people and the cause of East Timor.

“In victory be magnanimous never seek to humiliate the adversary… embrace them to join in a new enterprise of peace, a new future for all.” – José Ramos-Horta