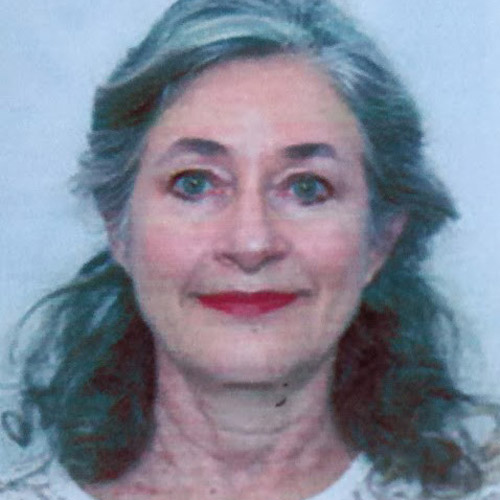 Born in México City February 20th 1961. Mexican father, spanish mother. Maite, her nickname, is the oldest of five brothres and sisters, the only one to get a Doctorate in her family.
Her father was a salesman and a manager. This is the reason why the family lived in different cities of México. They moved to Leon, Guanajuato in 1968 and back to México City in 1972. But the moving that change the life of her family was to Mérida, Yucatán, in 1977. There the family settled and she discovered the maya culture.
Since she was a teenager, Maite knew she wanted more of life than getting married and having a family. She wanted to change the world. She started, as many people in her age, volunteering. First in orphanages and nursing homes. Then commiting during four years to go with a group of young women to a Hacienda called San Antonio Tzacala, where she taught reading, writting and mathematics to young people in the community that could not go to school because they were already working. They also helped the most fragile members of the community getting help and funding to improve their homes.
She studied Architecture in the local University, Universidad Autónoma de Yucatán from 1980 to 1985. She started working in archtectural offices in 1981 and worked along her career until 1985, when her first daughter was born.
She got married to Enrique De Regil in 1985. They stated a relationship in 1980. The couple had three girls: Mariana, Maitane and María Fernanda.
Enrique was an entrepreneur, and the family lived in Cancún,Quintana Roo. Ciudad del Carmen, Campeche and Villahermosa, Tabasco following his dreams and projects. During various economical crisis that the family had along this yeas Maite started working as a teacher in 1990 because the Schedule of this occupation was better for taking care of her kids. And she discovered how much she loved to see the light of understanding in her student´s eyes.
The family moved back to Mérida, Yucatán in 1996. Maite continued working as a Teacher until a major family crisis in 2000, when she started to work as an independet insurance agent to pay the family’s debts and get a house.
In 2001 she started working in Constructora Modelo, a local construction company, at the same time that she was an independent insurance agent. She worked there until 2004.
In 2005 she went with her second daughter to her former Architecture school and while the girl was getting information she visited some Friends in the Postgraduate unit. They proposed her to postulate to get a Grant from the Government in order to study a Master´s degree in Architecture. She did. She got the grant! She studied, kept her home and worked in insurance until 2007. At this time she applied in local universities and started teaching as a Part time Professor. One of these universities was Universidad Anahuac Mayab, where she still, works today.
She applied for a grant to study her Architecture PHD, got the grant and studied from 2008 to 2010. She achieved 70% of the studies and research, but did not finish the Thesis.
Then she studied the Education PHD from 2013 to 2015 and got the academic degree with a research to develop comprehensive online courses for architects.
In 2019 she applied to give a workshop for the Leading by Example program in the Nobel Peace Laureates Summit in Mérida, Yucatán, México. Her workshop was selected and she was the only local academic to give a workshop in Leading by Example by herself. This was a great honor and one of the best experiences in her life, because it gave her the oppotunity to learn and network with all this amazing people that is working to change the world. One of this amaizing networking relations flourished in including Anahuac Mayab University in the Gandhi King Foundation.
She developed a Leadership online course for Anahuac Mayab University and, with a team of colleagues, the current Leadership Program. She teaches Leadership courses and entrepreneurship courses focused in social projects.
Today she devotes her life to research and education. She believes that the best way to change the world is working with young people, the leaders of tomorrow. And that you can change the word one person at a time.
If each one of us does an action, the whole world will change.