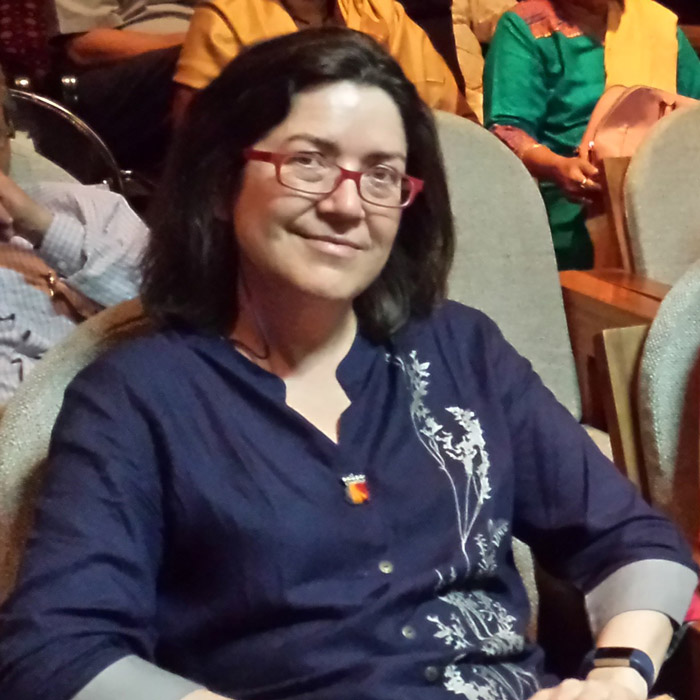 Montserrat Prieto is a Spanish activist who has been working for more than 20 years in the field of Peace and Nonviolence, specializing in Education for Nonviolence. Since 2002 she has participated, among many other actions, in the organization of more than 10 regional forums of “Education in Nonviolence” in Central America and Spain, has been involved in the creation and impulse of the association “Humanist forum of education” and has helped to create the nets that link institutions from all the countries of the region. She participated in the international coordination team and in the base team of the 1st World March for Peace and Nonviolence (2009), being in charge of the launching activities in New Zealand and in the coordination of Central America. She was also responsible for the logistics and travels of the international base team. In the 2nd World March for Peace and Nonviolence (2019-20) she was in charge of the coordination in Asia and the logistics of the base team who travelled around the main route all over the world.
She has collaborated in the edition of several books and blogs about all these projects. Currently, she is participating in organization of the 3rd World March for Peace and Nonviolence and.
She is an economist with a master’s degree in Spanish as a foreign language teaching after working for more than 20 years in the Department of Foreign Languages of the International University Menéndez Pelayo in Spain.