Mikhail Gorbachev warned us about the current war 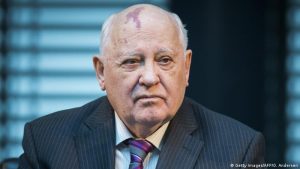 In an interview with the German weekly newsmagazine Der Spiegel in 2015, the former Soviet leader Mikhail Gorbachev said the crisis in Ukraine could lead to large-scale war in Europe or even a nuclear war. “We won’t survive if someone loses their nerves in the current tension.”

The Nobel Peace Prize laureate decried the “loss of trust” between Russia and the West as “catastrophic,” and said ties must be “defrosted.”

You can find the full article here: https://www.dw.com/en/gorbachev-issues-new-warning-of-nuclear-war-over-ukraine/a-18182899