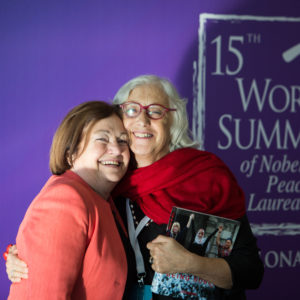 Ms. Breines has a humanistic education in philosophy, French literature, history of ideas and history of arts, with professional degrees from the University of Nantes and the University of Oslo. She has a background in teaching, with affiliation to the Norwegian National Council for Innovation in Education. She served as Secretary-General of the Norwegian National Commission for UNESCO before joining UNESCO Headquarters, where she first held the position as Special Adviser to the Director-General on Women and Gender, then as Director of the Women and the Culture of Peace Program. Subsequently, she was appointed Director of the UNESCO Office in Islamabad and the UNESCO Liaison Office in Geneva. After retirement from UNESCO she was for some three years Director of Nordland Academy for Arts and Sciences, Northern Norway.

Ms. Breines has served and serves on a broad range of boards and committees. She has authored, co-authored and edited publications notably on gender issues, education, conflict resolution and a culture of peace, including for UNESCO. From 2006 to 2016 she was on the board of the International Peace Bureau, IPB, Geneva, the last seven years as co-president. She has close relations with Norwegian peace organizations, including the board of the UN Association, WILPF, the Forum on Development and Environment and the Peace Alliance.

“You may kill a terrorist with bombs, but you can kill terrorism with education.” – Malala