This week the Permanent Secretariat representatives, Livia Malcangio, Director of Institutional Relations and Prof. David Ives, Senior Advisor for Education, attended the Ceremony of the International Children’s Peace Prize in The Hague. Nobel Peace Laureate Malala Yousafzai presented the prize to the 2017 winner, Mohamad Al Jounde from Syria for building a school and providing an education to hundreds of children who fled to Lebanon to escape the conflict. The Prize is awarded annually to an exceptional child, whose courageous or otherwise remarkable actions have made a difference in improving children’s rights, which helps children worldwide. 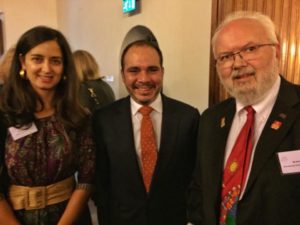 The prize was launched by KidsRights during the 2005 World Summit of Nobel Peace Laureates at the Capitol in Rome, chaired by Mikhail Gorbachev. Since then, the prize has been presented every year by a Nobel Peace Laureate and endorsed by the PermSec, which invites at every Nobel Peace Summit’s edition these inspiring youngsters. The International Children’s Peace Prize is an initiative of Marc Dullaert, Chairman, and Founder of the KidsRights Foundation.

“As the former Director of Kidsrights in Italy for seven years, it is always a great pleasure for me to participate in the Ceremony of the International Children’s Peace Prize in The Hague. It is exciting to meet with the finalists – phenomenal young activists who are not letting older generations to determine their future. They are advocating for young voices to be heard, and taken seriously; and are addressing huge global issues.”

“When we launched the Children’s Peace Prize in Rome during the 2005 Nobel Peace Summit, Mikhail Gorbachev was proud to be the first Laureate to hand over the first prize – the symbolic statuette of a child pushing the globe to move on.” 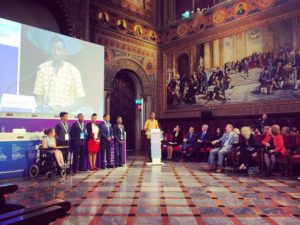 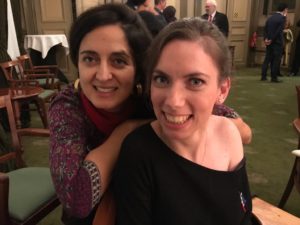 “Today, 12 years later, we keep and maintain our close cooperation and endorsement with KidsRights Foundation. Ten of the former winners have been offered important platforms to speak out, such as the UN and the World Summit of Nobel Peace Laureates, and some were offered the chance to attend important universities such as Columbia for Abraham Keita from Liberia, who has just received a scholarship from Melinda & Bill Gates Foundation. Some of them became our good friends and personal inspirations as, for example, Chaeli Mycroft, a South African ability activist who won the Children’s Peace Prize in 2011. One year later she was awarded the Peace Summit Medal for Social Activism at the Nobel Peace Summit in Chicago and at the one in Bogota this current year, she received the Turner Prize together with two other students.”

“The World Summit of Nobel Peace Laureates is once again very proud to be part of this important initiative and will continue to offer its platform to as many young leaders as possible.”