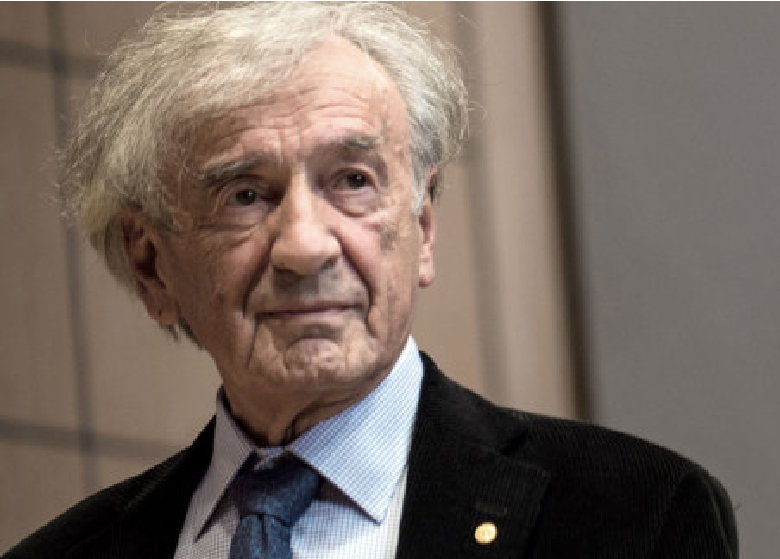 Elie Wiesel, a writer and journalist of jewish origin, philosopher and political activist. the nobel committee called him a “messenger to mankind”. he was awarded the prize for his “practical work in the cause of peace” and a message of “peace, atonement and human dignity”.

Born in the territory of today’s Romania to an orthodox Hasidic family; a US citizen since 1963. A prisoner of Auschwitz and Buchenwald Nazi concentration camps. The author of the term „Holocaust” used to describe the extermination of Jews during the World War II. He frequently engaged in the defence of the oppressed and persecuted national minorities.

He initiated the erection of the United States Holocaust Memorial Museum. He gave thousands of lectures at American universities in which he focused on the situation of Jews and other nations suffering persecution due to their religion, race or origin.

The author of over 50 publications, including an 800-page book entitled Un di velt hot geshvign (And the World Remained Silent) written in Yiddish. His partly autobiographical novel Night became a best-seller.

He received honorary doctorates by many universities all over the world, including the University of Warsaw (2012). In 1990, he was also awarded with the French Legion of Honour.