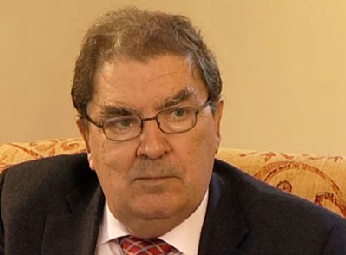 Hume led the SDLP during such important political events as the New Ireland Forum Talks 1983, the Forum for Peace and Reconciliation 1994 and All Party Talks which resulted in the Good Friday Agreement.

In 2012, he received the Order of Saint Gregory the Great from Pope Benedict XVI.