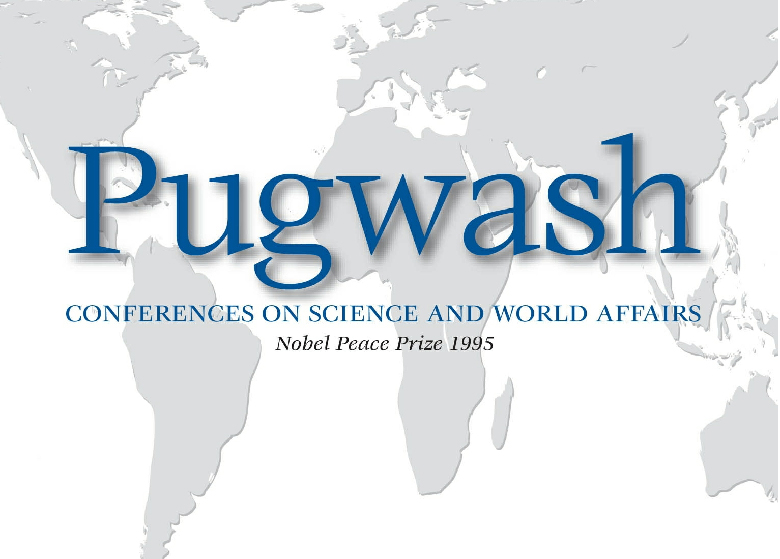 Pugwash Conferences on Science and World Affairs, an organisation working for nuclear disarmament, and its founder Joseph Rotblat (1908-2005), a warsaw-born british physicist of jewish descent. They were awarded the Nobel Peace Prize in recognition of their efforts to diminish the part played by nuclear weapons in international politics and, in the longer run, to eliminate such weapons.

The Pugwash Conferences on Science and World Affairs is named after a Canadian village, the venue of the first Pugwash meeting in 1957. The organisation was founded by Joseph Rotblat and the philosopher Bertrand Russell, inspired by the Russell-Einstein Manifesto against weapons of mass destruction issued in 1955.

Pugwash Conferences aims to bring together influential global scientists and public figures committed to working to reduce the risk of armed conflicts and seeking for common solutions for global problems.

The organisation laid the groundwork for the Partial Test Ban Treaty of 1963, the Non-Proliferation Treaty of 1968, and the Biological Weapons Convention of 1972, to name just a few. It also played a role in the launch of the SALT arms limitation talks and the Conference on Security and Co-operation in Europe.

In recent years, the Pugwash Conference expanded its focus on problems of the developing world, environment protection and energy. The organisation was chaired by Joseph Rotblat from 1988 to 1997.