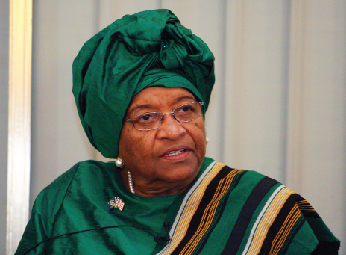 Ellen Johnson Sirleaf holds a Harvard degree in public administration. She spent more than a year in prison during the 1980-1990 dictatorship rule of General Samuel Doe.

Ms Sirleaf was Liberia’s finance minister, worked at the World Bank and served as Vice President of the African Regional Office of Citibank. She was the first woman to head the UN Development Program Regional Bureau for Africa. She resigned from this role in 1997 in order to run for president (which that year was ultimately won by Charles Taylor).

She was elected the first African female president in 2005, and secured a second term in office in 2011. In 2007 Ms Sirleaf was awarded the Presidential Medal of Freedom by US President George W. Bush. Ellen Johnson Sirleaf is often called the “African Iron Lady”.