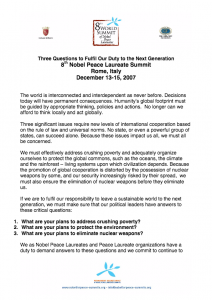 11.00 am – Giulio Cesare Hall
“Peace Summit Award 2007”
Nobel Peace Laureates and the Mayor of Rome W. Veltroni award Mr George Clooney and Mr Don Cheadle with “Peace Summit Award 2007″ (a unique statuette especially created on this occasion by the internationally known sculptor Oliviero Rainaldi), as to the Personalities selected for defence of human rights and dissemination of the principles of Peace and solidarity in the world.
Speeches by George Clooney and Don Cheadle

11.45 am – Giulio Cesare Hall
– Speech by Honourable, Mr Fausto Bertinotti President of the Chamber of Deputies of the Italian Republic.

Ore 12.00 am
Opening of the VIII Summit
– Introductory statements by the joint chairmen of the Assembly Mr Walter Veltroni and Mr Mikhail Gorbachev.

3.30 – 4.30 pm –  Protomoteca Hall
The Next Generation:  from the Greenhouse Effect to the compatible Bioenergies
Second Sitting
Format: Round Table with participation of public
– Chaired by: Betty Williams.
– Participants: Nobel Peace Laureates and Organizations, guests, scientists and academics attending the Summit.

4.30 – 6.30 pm – Protomoteca Hall
The Next Generation: an interdependent development and the action towards disarmament
Format: Round Table with participation of public
– Chaired by: Lech Walesa.
– Participants: Nobel Peace Laureates and Organizations, guests of the Summit.

With the aim to make the City of Rome live the Summit and to create a dialogue amongst the distinguished personalities participating and the young, lectures by Nobel Peace Laureates and Organizations with  discussions of subjects generated from the main theme of the Summit “THE NEXT GENERATION” will be held in different locations of the city.

10 am- Auditorium Parco della Musica, Petrassi Hall – Upon invitation
The Next Generation: new ethics for the new Millenium
– Greeting by Honourable, Mrs. Giovanna Melandri, Minister of Youth and Sports activity
– Introductions by President Mikhail Gorbachev and the Mayor of Rome Mr Walter Veltroni
– Lecture by H.H. the Dalai Lama.

10.30 am – Institute “Leonardo da Vinci”, Via Cavour 258
The Next G eneration: from the fight for freedom to the cease of war
– Discussions with: Lech Walesa, Betty Williams, AFSC, IPB, IDI, IAEA, UN.

4 – 6 pm-  Protomoteca Hall
Session reserved to the Nobel Laureates and Organizations for finalizing and the approval of the “Charter for a World without Violence”
– Chaired by: Mairead Corrigan Maguire.
– Participants: Nobel Peace Laureates.
Rome

9.30 – 12 am- Protomoteca Hall
The next generation: no poverty for a world with no violence
– Chaired by: Prof. Mohammed Yunus.
– Participants: Nobel Peace Laureates and Organizations, guests of the Summit.
Conclusions. Approval of the “Charter for the World without violence”
– Chaired by: Mairead Corrigan Maguire.

12.30 am – Protomoteca Hall
Press conference for the presentation of the “Charter for a World without violence” 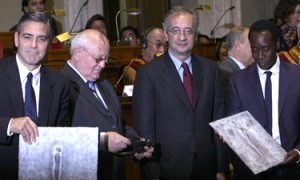 On the occasion of the 8th World Summit held in Rome on 13 December the Nobel Peace Laureates selected George Clooney and Don Cheadle, who received the peace summit award 2007. The appointees were officially praised for “their strong engagement in favour of pacification in the tortured Darfur region, for having contributed to saving human lives and to alleviating the suffering of the civil populations victims of the war”. George Clooney and Don Cheadle have founded in co-partnership with Matt Damon, Brad Pitt and Jerry Weintraub the association “Not on our Watch” with the aim of drawing the world’s attention to the tragedy in Darfur. In 2007, the Association donated more than 5 million USD to Darfur.

“We are here to give a voice to people who otherwise could not be heard. It’s time for Heads of State to make themselves heard. Peace, like war, is a process that has to be carried forward”.
George Clooney

“ We have been in Darfur and seen their situation. We have to act, above all if we consider that 47 million dollars is nothing for the United States, while for Darfur it would solve the security question for millions of people” .
Don Cheadle

Atom for Peace or Atom for War? 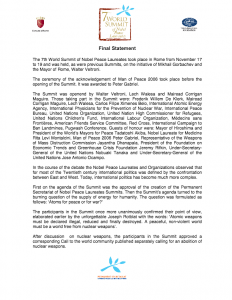 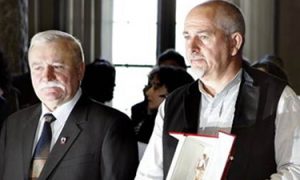 On the occasion of the 7th World Summit of Nobel Peace Laureates held in Rome on 24 November, Peter Gabriel received the peace summit award 2006 for his commitment to human rights and for his outspoken rejection of war as a means to solve conflicts.

This is surely the award I am most happy about, considering those who gave it to me. I am so naive, I believe in goodness. I hope we will succeed in getting to the roots of human beings and find the magic of our soul and spirit to transform data into information, information into knowledge, knowledge into wisdom, and war into peace”
Peter Gabriel 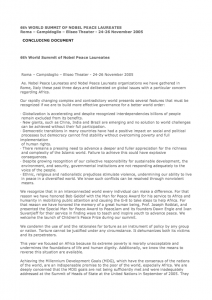 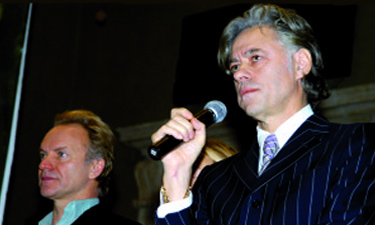 For being the key organizer of the 2005 Live8 benefit concerts to draw awareness and lobby politicians to wipe out debt owed by developing countries, and for being involved in the past in numerous other humanitarian causes. 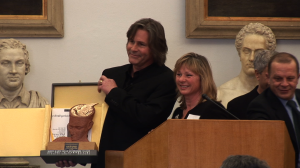 In the memory of Prof. Joseph Rotblat the “Special Man for Peace Award” was presented and awarded to Peace Jam and its founders Dawn Engle and Ivan Suvanjieff for their service in finding ways to teach and inspire youth to advance peace. 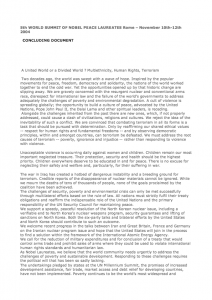 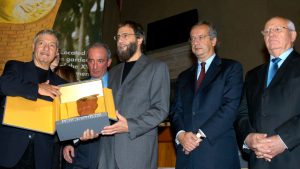 For having devoted himself to the cases of thousands of children and their families in countries tormented by war, such as Kosovo, Bosnia-Herzegovina, Albania, Montenegro and Iraq, through the humanitarian organisation founded by him, “Small Kindness”, and for having dedicated much of his life to the promotion of peace, reconciliation among peoples and condemnation of terrorism. 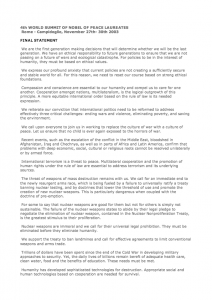 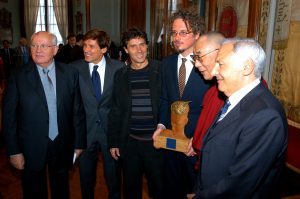 For having raised, in over 400 matches played over 22 years, more than 40 million euro for humanitarian initiatives in many countries of the world, and for having used notoriety and fame to get millions of people to reflect on extremely dramatic international problems and emergencies. 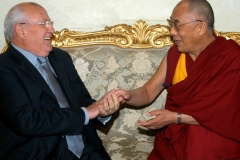 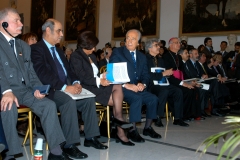 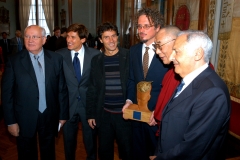 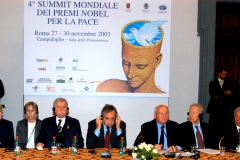 Water Emergency and other Emergencies of the Planet 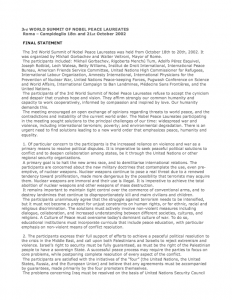 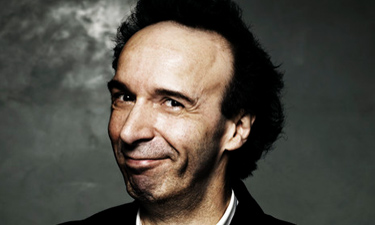 For the messages of peace, brotherhood and integration given out through his films to the whole world.

Poverty And Remission Of The International Debt Of Underdeveloped Countries 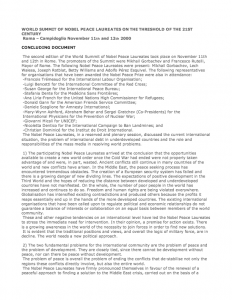 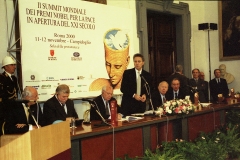 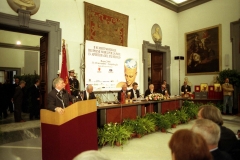 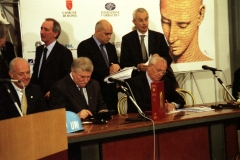 New Policies for the 21St Century 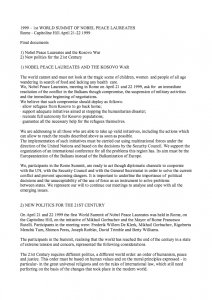 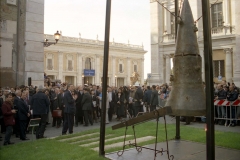 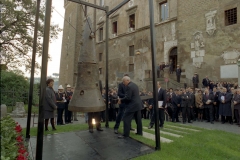 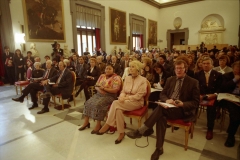 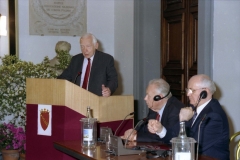 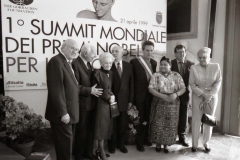