The Permanent Secretariat is pleased to present

The educational book, Being Nobel, the heroic stories of Nobel Peace Laureates

The Permanent Secretariat is pleased to present the educational book, Being Nobel.  First released in 2012, and authored by Livia Malcangio, Director of the Institutional Relations and Protocol, book Being Nobel tells the challenging stories of recent Nobel Peace Laureates through inspiring biographies and high-level interviews. With the generous support of print houses and publishers throughout the world, Being Nobel has been distributed to youth delegates attending the World Summit of Nobel Peace Laureates at each event, with the intention of helping them prepare for high-level interactions with the Nobel Peace Laureates at workshops and interviews included in the curriculum “Leading by Example.

The book serves as a “Nobelpedia” and it is frequently used as an academic resource for students pursuing studies in international affairs and human rights, both at high schools and universities. Author Livia Malcangio has been invited for lectures at several institutes such as LUISS University, John Cabot University, Uninettuno University, Marymount schools in Paris, Rome, and London, among others. 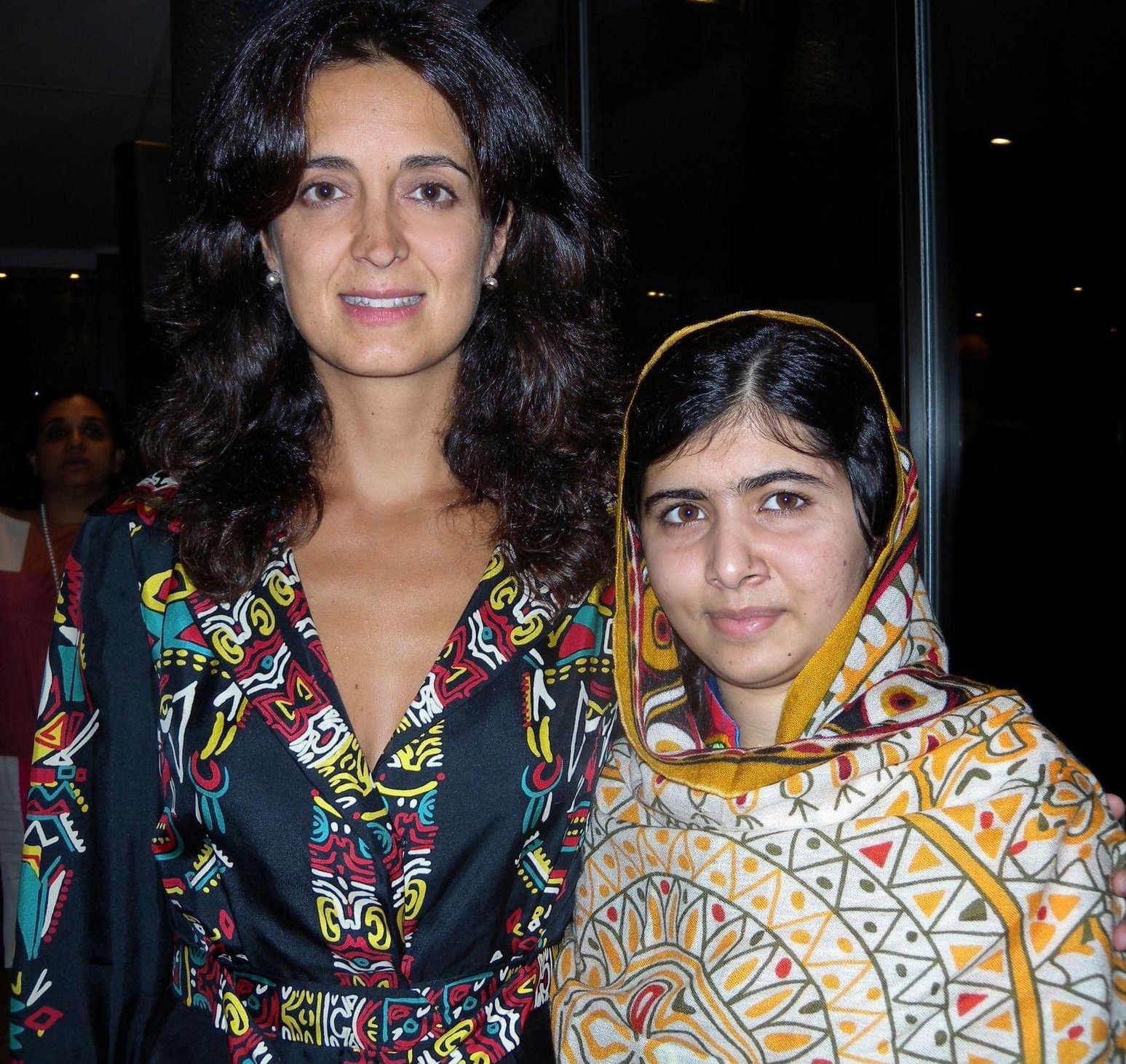 “I am thrilled that this book is published in Colombia, thanks to the energy and devotion of its author Livia Malcangio, who gathered the experiences, words, and stories that help explain the efforts led by the various laureates. This is a book that not only inspires, but also teaches. It serves as a beacon to new generations, reaffirming the principle that change is possible as long as there are good men and women committed to achieving it. It is only by learning from each other and working together that we can turn humankind into a family that can live in peace.” – Juan Manuel Santos

“This book, Being Nobel by Livia Malcangio, enables readers to learn more about recent Nobel Laureates, most of them still living, and each of whom has the potential to make some positive contributions to society. Each of their stories vividly shows how an individual can make a difference. Positive change in the world occurs because of the combined efforts of individuals and it is something in which we can all take part.” – His Holiness The Dalai Lama

“The play on words in the title is quite thought-provoking because in order to effect positive change in this world, you should aspire to have A NOBLE SPIRIT. The winners of the Nobel Peace Prize have shown themselves to possess qualities of the highest moral character such as courage, generosity and compassion… I wish the best of success to this inspiring and educational book. I hope that the eventful stories of these extraordinary people, their dedication and sacrifice, their suffering and theirtriumphs, will motivate you to perform noble deeds of your own.” – Mikhail Gorbachev

“ This is a book of inspiration, courage, love, compassion, resilience and all the human qualities which every Nobel Laureate has in different way.” – Kailash Satyarthi

THE NOBEL PEACE PRIZE is the most prestigious internationally recognized award in the world. Its recipients are extraordinary individuals, each of whom has had a significant and positive impact on our world today – in many instances they have changed it at great personal risk and sacrifice affecting untold lives in the process. Yet, at a time in our history when we need their voices most, the citizens of the world, especially youth, know precious little about them. This book, featuring the gripping stories of some of the latest Nobel Peace Laureates, seeks to change that.

“Being Nobel – Nobel Peace Laureates and the Courageous Pursuit of Peace” is distributed digitally to all participating students prior to their arrival at the Summit, and the hard copies are given at the Summit. Through an exploration of the champions of humanity included in the book, we hope students – and readers in general – will become familiar with the struggle for human rights. Ultimately, we hope youngsters will begin to rise up for their rights and defend the rights of others.

Being Nobel has been carefully arranged, continent by continent, with separate chapters but carefully integrated marches of those who, by accident or design, shaped the world history of the last 50 years. Everyone is illustrated by vivid and sometime rare photography and illuminated in equally compelling text. In emotional and uplifting interviews, the reader will find true inspiration and several unifying traits: courage, dedication, and selflessness. Throughout the pages of Being Nobel, readers learn about solidarity actions of influential celebrities who are using their fame to support humanitarian causes directly connected to the Nobel Peace Laureates. Not everyone will agree with each of the connections, but all will be entertained and, in most cases, educated by this book.

The groundbreaking stories of the International Children’s Peace Prize winners are also included. By receiving this annual world-renowned recognition from a Nobel Peace Laureate, these incredibly courageous young winners receive a unique and permanent platform from which to speak out for children’s rights.

Being Nobel’s author Livia Malcangio is an Italian journalist who works for the institutional and international relations of the Permanent Secretariat of the World Summit of Nobel Peace Laureates.

“Every generation must walk its own journey but it is necessary to see the footsteps of those who have walked with dignity, wisdom, success, and virtue before us. Young people must be heard no doubt, but they must also be given meaningful information and not just superficiality and entertainment.” – Livia Malcangio 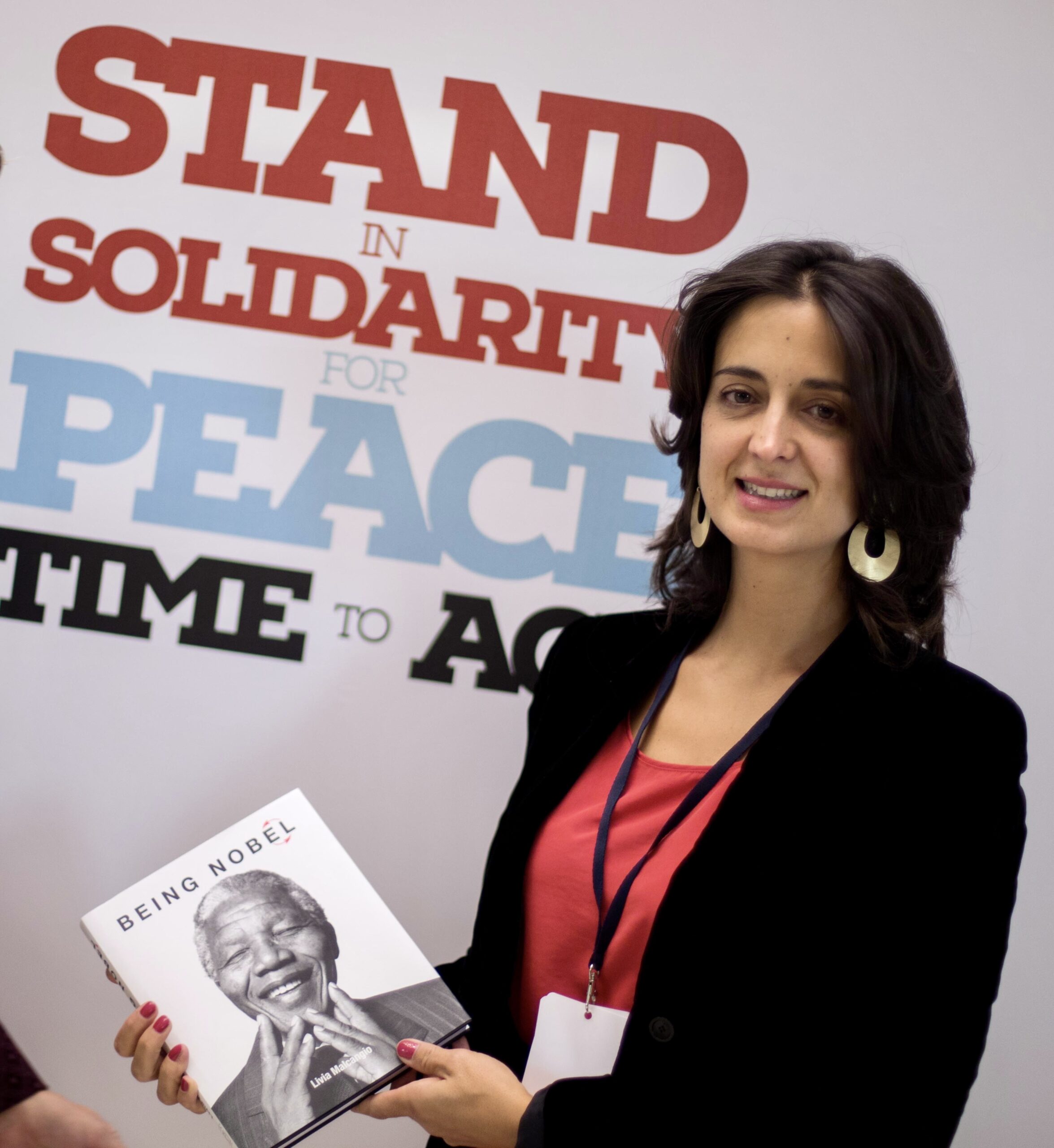 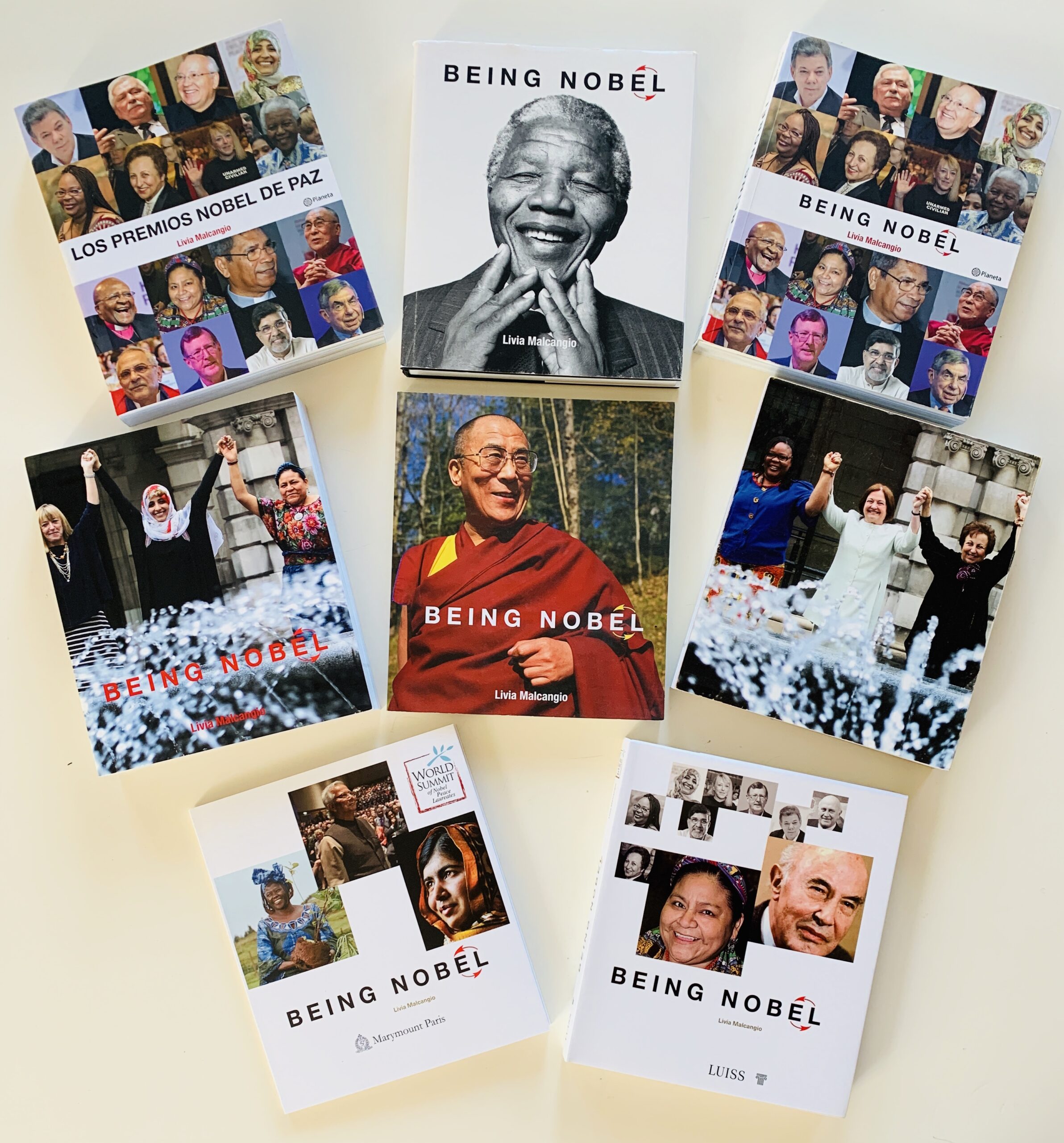 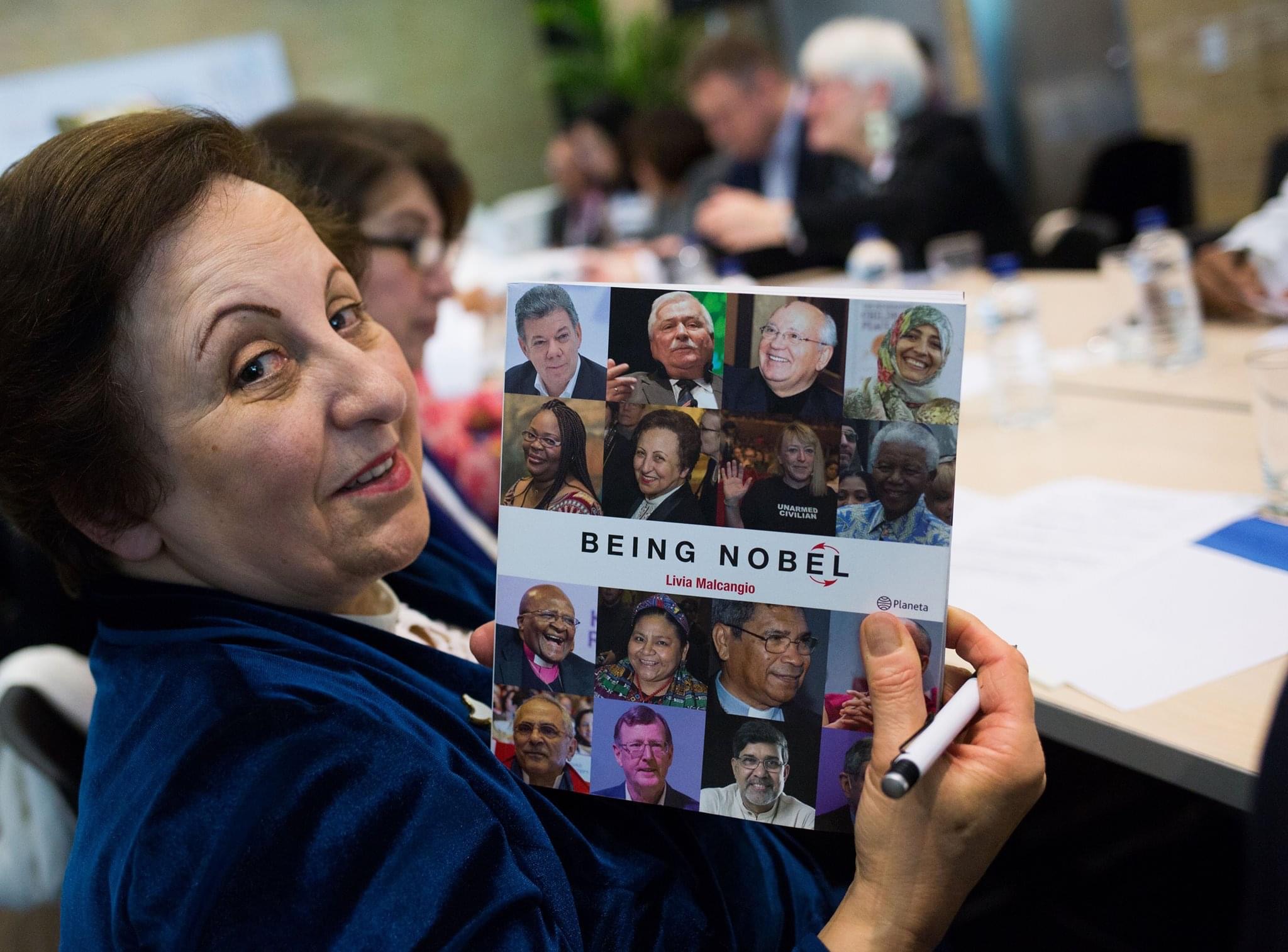 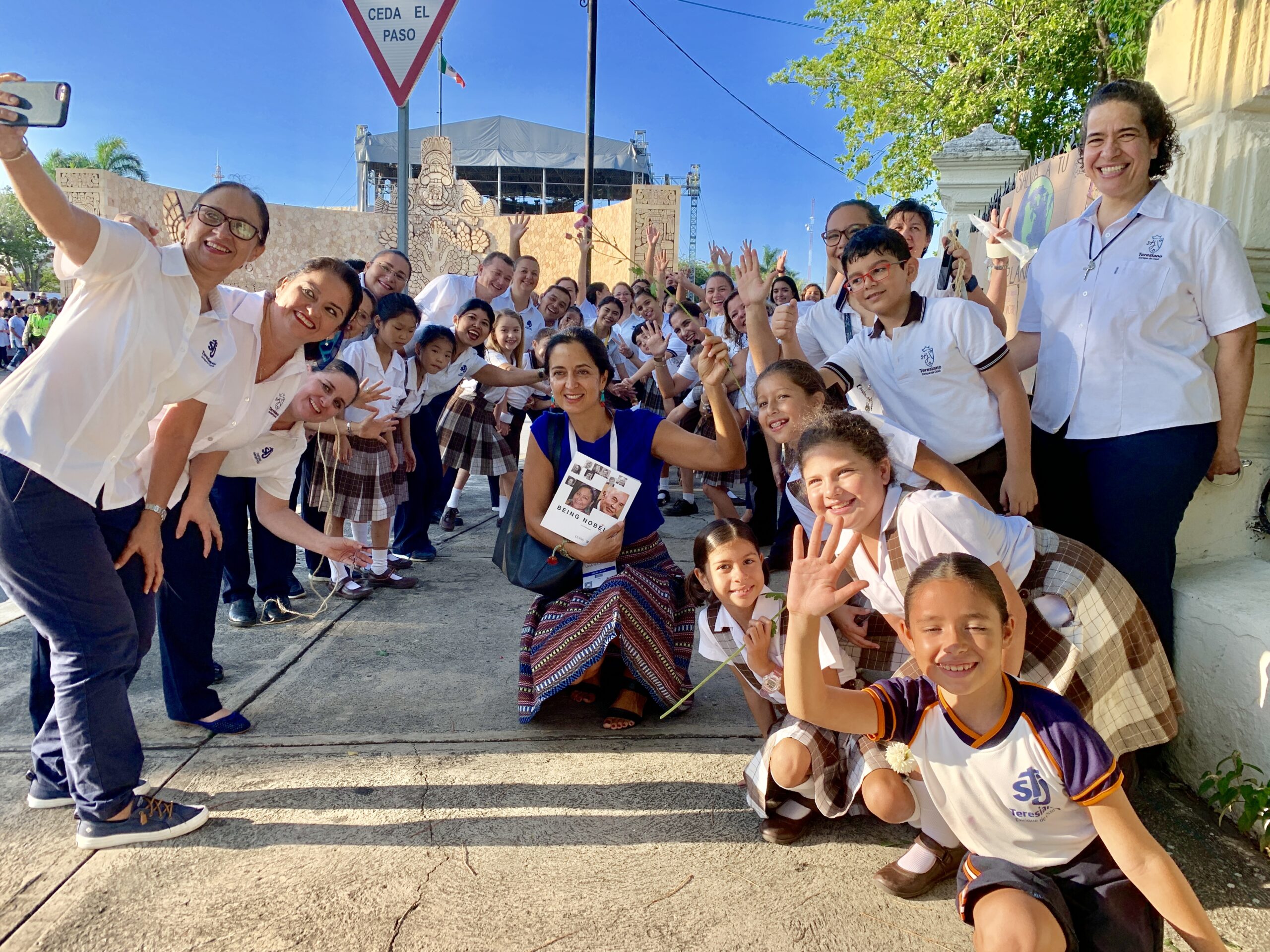 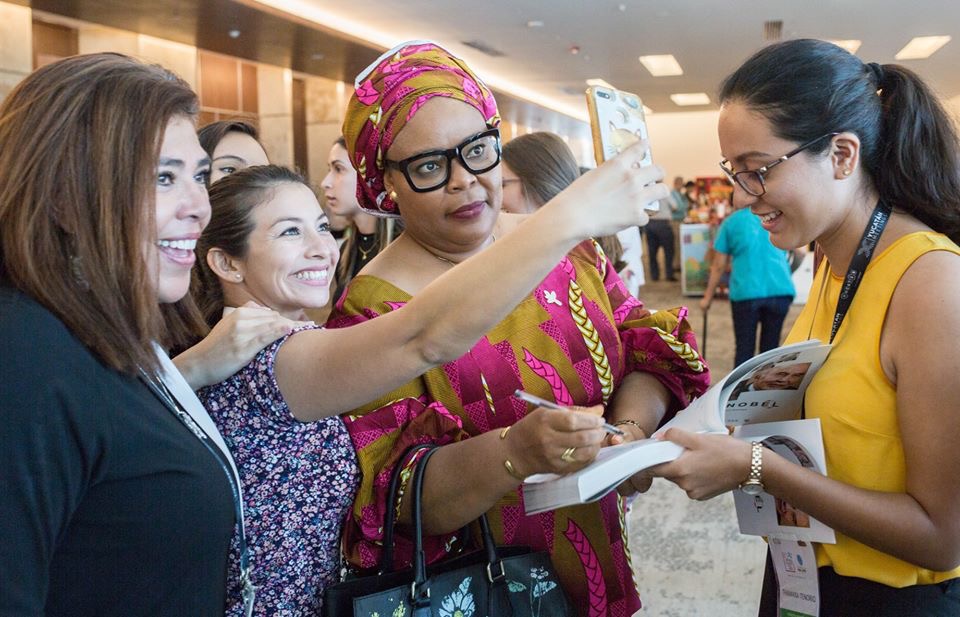 “…it is necessary to see the footsteps of those who have walked with dignity, wisdom, success, and virtue before us.”

Livia Malcangio, Author of Being Nobel
Subscribe to our newsletter